1-800-797-3389
Effective Wednesday, 03/25/2020, OPA-1, Ltd. will temporarily close our four Houston-area locations to comply with the Houston/Harris County Stay-Home Work Safe mandate. Thank you for your understanding. Our goal is to ensure the safety of our patients and staff during this challenging time. If you have an emergency, please call our hospital hotline: 713-797-0111. We look forward to serving our patients again once it is safe to do so.

Our orthotists and prosthetists work closely with patients and their doctors to provide the highest quality care.

Stephen has been a Certified Orthotist since 1984 and founded Orthotic and Prosthetic Associates in 1999.  His commitment to exceptional patient care and strong professional relationships with doctors and hospitals have been the key to making OPA the preferred choice for orthotic and prosthetic care in southeast Texas. He has fitted braces for many prominent athletes and public figures in the Houston area. Stephen is ABC certified and is licensed by the TDLR.  He is a member of the Texas Chapter of the American Academy of Othotists and Prosthetists and ABC. In his spare time Stephen is an avid hunter and fisherman.

Cesar has been a Licensed Texas Prosthetist since 2010 after a previous career as a structural engineer.  He has been part of OPA since 2006 and currently serves as Director of Prosthetics.  Cesar holds a degree in Industrial Engineering from Northwestern University. Cesar and his wife Angela have two daughters and one son.  In his spare time Cesar enjoys playing and watching sports, reading and spending time with his family.

Brandon has been in clinical practice as a certified pedorthopedist since 1993 and has been with OPA since 2005.  Before joining OPA Brandon was the owner of an orthopedic shoe store.  He is married to “a wonderful woman who takes care of me”  and is the proud father of a University of Houston graduate, a Sam Houston State University graduate and a high school senior.  In his spare time he fishes “a lot”.

Mosissa has been a certified orthotist since 2014 and joined OPA in May 2015.  He is a member of ABC and AOPA.

Lee joined OPA in 2014.  He has been a certified orthotist since 2010 and a certified prosthetist since 2013.  In addition to working as a clinician Lee serves as Clinical Manager and Residency director for OPA.  He is a member of the Texas Chapter of the Academy of Orthotics and Prosthetics. 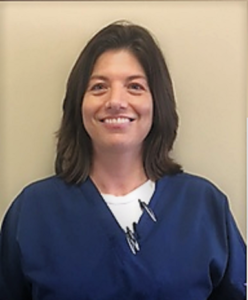 Diana joined OPA in 2016.  She received her certification as an orthotist in 2013 and as a prosthetist in 2014.  Previously she received a Bachelor Degree in Health Science. Diana is a member of the Texas Chapter of the American Academy of Orthotists and Prosthetists. 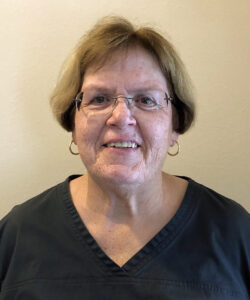 Nancy joined OPA in 2018. She obtained American Board certification in 1983 and has been  licensed in Texas since 2005 in Prosthetics and Orthotics. She obtained her Bachelor of Science degree in Kinesiology at UCLA with a specialty in Biomechanics. She continued by completing her Orthotics and Prosthetics post graduate studies at Northwestern University Feinberg School of Medicine followed by a residency at Rancho Los Amigos Rehabilitation Hospital. She is a member of the Texas Chapter of the Academy of Orthotics and Prosthetics.   Nancy has experience treating patients in pediatrics, lower extremity prosthetics, lower extremity orthotics, and acute trauma. She has a special affinity for the treatment of plagiocephaly and has lectured on the topic of cranial remolding orthoses.  She spends her spare time working with Technology and golfing. 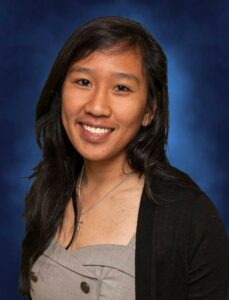 Elise received a Bachelor’s in Mechanical Engineering from Southern Methodist University and a Master’s In Prosthetics and Orthotics from UT Southwestern . She is a Certified and LIcensed Orthotist and a member of the Texas Chapter of the American Academy of Orthotists and Prosthetists. In her spare time she enjoys all things outdoors…when she isn’t climbing mountains or kayaking she’s reining in her hyperactice husband and blue heeler.